Each state has a set of interstate succession laws. These apply when someone (the “decedent”) dies, and they did not leave a last will and testament. In that case the courts of the state in which the decedent passed must determine who should receive the decedent’s assets (their “probate estate”). 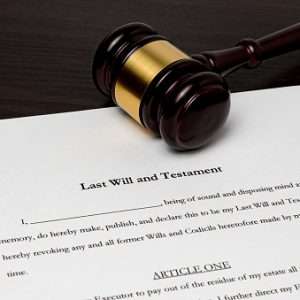 Intestate actually means “without a will”, and these laws determine the order of inheritance, usually based on relationship with the decedent. New York intestacy rules use the commonly recognized members of the “family tree” to determine the distribution of the decedent’s property and is based on who has survived the deceased.

Other rules apply if the person was not survived by a spouse or descendants, and the line in succession fails after second cousins.

There are also specific rules in place for determining who qualifies as an heir. For example, adopted children have the same inheritance rights as biological children. But stepchildren and foster children are not classified as descendants unless they have been legally adopted. Children who were conceived during the lifetime of the decedent but born after the date of death, are also considered a descendant.

The laws concerning property ownership and passage upon death, like the laws related to beneficiary designated bank or stock accounts or jointly owned property will also affect the outcome in determining how and to whom property passes on death. Your New York relative might have left only non-probate property, so even if you were entitled to receive part of the decedent’s property under the rules of intestate succession, because of how the person owned the property they effectively disinherited you, and you would not inherit anything.

These are only some of the unfortunate consequences of not taking the time and making the effort to execute a Will to ensure that your stuff gets distributed to whom you want and how you want it to be upon your death.

Set aside a time to speak with a dedicated estate planning lawyer in NYC about crafting your own strategy for the future.